I pushed the half-closed door open and went inside. Before me stood two towering, parallel walls enclosing a long, narrow corridor with multiple doors placed symmetrically, leading to further rooms. The fine material of the walls, their luminosity, the patterned tiled floors, the ceilings, the layout of the rooms, the light reflecting through the little windows and the coloured panes; everything moved me deeply. Despite the evident traces of neglect or even desertion, the interiors of the house were naturally welcoming, as well as having a certain pull that promised something out of the ordinary.

I packed my things and went back there half a year later, just to stay still for a while. I got rid of most of the unecessary furniture. On the walls only some hooks that remained, having been put up a long time ago, haphazardly, here and there…. each one different.

The first object I came across was a piece of grey cardboard that was perfectly ripped, as if by design, but in fact just discarded accidentally, in circumstances unknown. I looked at it for a long time; finally, it ended up on the wall. Not on a hook, but just beside it, stuck on with tape. After a while, out of the entire mass of the new reality that surrounded me, I subsequently pulled out fragments of wood, thin aluminium sheets, glass and plastic. At first, most of the objects were of a similar size. I would choose a place for them on a wall or put them on the tables. They would thus acquire a new function. They found me in more or less obvious places; around the house, on my way to the countryside, in the car park, by the ocean. I didn’t look for them; I wasn’t even interested in the search itself. They would simply appear out of the blue. Even though there was no special selection criteria, there was always a certain selection process. The collection was never huge; it grew very slowly and irregularly. Over time, the objects left the house and went out into the open. Here they were accompanied by an old car that had been parked there from the very outset and a pile of ceramic roof tiles. I also dragged two floaters from a pedalo boat that I had found in the garden out into the yard and added a transmission belt, which I would move around from time to time. Therefore, the scale of the objects kept changing. But the biggest change came when, quite unwittingly, a gigantic tree growing against the wall appeared on the list. It was a mature rubber tree that blocked out half of the sky. From that point onwards, I was very close to considering the old house itself as a found object, in particular, all of its walls which had so mesmerized me on the very first day, compelling me to go back there, and stay for good. 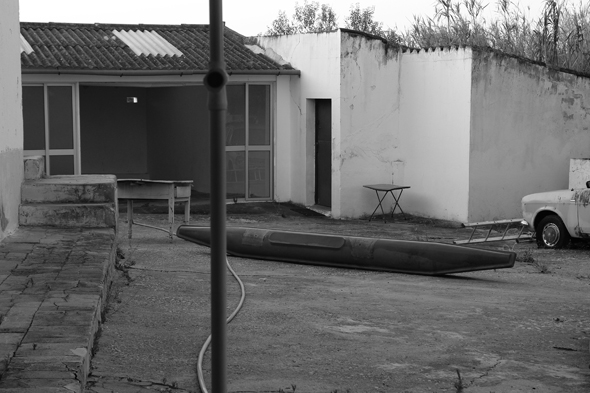 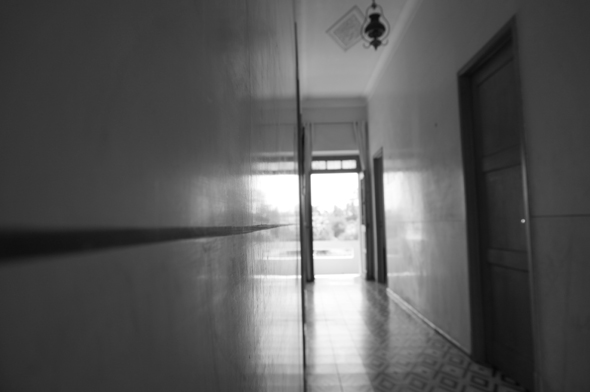 In Polish, the word “ziemia” may refer to the uppermost layer of the Earth’s crust or it could denote a geographical land; when capitalized, it functions as the proper name of the third planet in the solar system. All these three meanings are reflected in the works featured at the exhibition, which were made between 1958 and today. Thinking about earth in terms of an astrophysical phenomenon or as material (e.g. clay, sand, stone, natural dyes) dates back to the beginning of the practice which we call art. This interest was integral to human history; in the second half of the 20th century it acquired the character of social and political engagement, and thus became the foundation of a new approach to art and the natural environment. 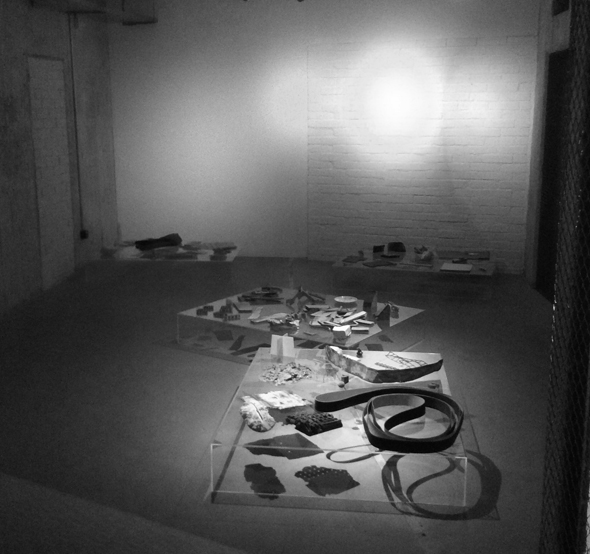 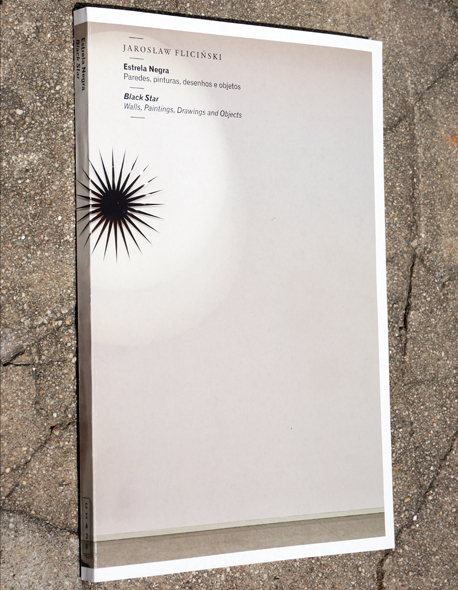 Black Star is the first solo exhibition in Portugal, of the work by Jarosław Fliciński. It is a large-scale intervention, that showcases the artist’s recent work for leading international contemporary art institutions: a project that aims to expand the operating field of the pictorial language, combining acute sensitivity to architecture with proficient wall painting, that extends beyond the picture frame and ventures into architectural space.

Jarosław Fliciński has designed an intervention that chronicles his own personal transformation. Indeed, this exhibition embodies his life experience over the last four years, after he moved to the small village of Esteval, between Loule. And Faro, in the Algarve, thus engendering a period of radical transformation in the inner habits and practices of his work.
Hence, spanning different formats and media, we pass from the gigantic to the miniscule, navigating between two levels: – Design, materialised by the set of drawings, in which the artist explores variations on very simple geometric forms, in a practice of repetition and difference, and a diverse set of objects collected in houses or outdoors, especially on the beach – in a kind of archaeological practice, of attention and openness to signals that come from afar and which announce themselves as being potentially transfigurational; – Construction, through use of the wall as a mechanism for dialogue with the architecture of the space, which in this case is divided into two distinct typologies.
On the one hand, transposition of an organic geometric drawing, a kind of anamorphism which acts on the spectator’s perception of the space around him, contracting and expanding the Euclidean geometry of architecture. On the other hand, the construction of two mural paintings that stand out from the wall, redefining the space, and which explore an entire meditative practice, that stages a dialogue with the history of geometric painting, a kind of spiritual exercise engendered as a performance, for which the artist had to build his own tools. In these paintings, there is an atmospheric density, which results from the superposition of several layers of different coloured paints that transport the spectator into an almost hypnotic state, in which different perceptual dimensions coexist.
The last part of the exhibition is a video projection that documents a luminous and optical effect, which echoes and reverberates, with disarming simplicity, the mural painting that the artist produced in a nucleus of the permanent collection: a white star, that draws, in the exhibition route, a kind of circle or spiral that represents an idea of a new beginning or return which, ultimately, perfect illustrates his recent career.